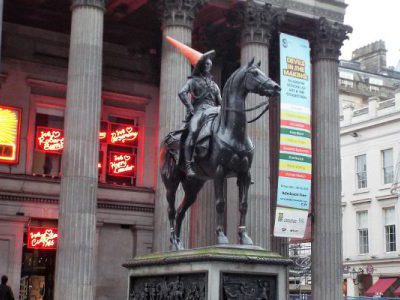 Experience a private city tour of Glasgow’s most famous landmarks. You will discover a history dating back to the 7th century when St Kentigern, ( St Mungo), established a small church on the grounds where the present Glasgow Cathedral stands today. Glasgow is renowned for it’s beautiful architecture and museums. This is a legacy of Glasgow’s wealthy merchants during the industrial revolution of the 18th & 19th centuries. Visitors to Glasgow can now experience a city that has reinvented itself as a modern cosmopolitan city. There is a mix of Victorian and modern architecture combined with fantastic restaurants, pubs and a thriving music scene.
After a tour around the city, we then make our way to the beautiful mountain landscape of the Loch Lomond National Park,

This Glasgow city tour has been designed to introduce our guests to all the must-see sights around the city centre and west end of Glasgow. Combined with a tour to the beautiful “ Bonnie” banks of Loch Lomond.  This can include a relaxed afternoon lunch at a traditional country inn serving locally sourced produce and, if in season, locally caught wild Haggis.

If time permits we can include a visit to Glengoyne Distillery, often described as one of Scotland’s most picturesque distilleries. The distillery has been producing single malt whiskies since 1833.