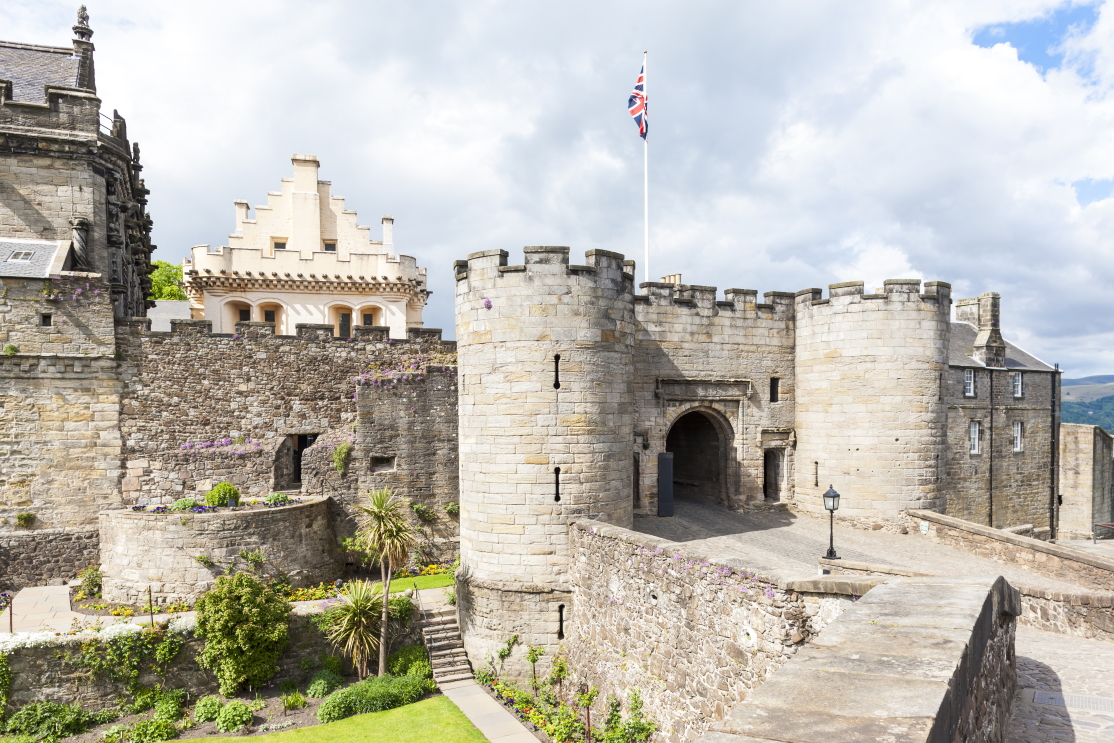 On this Scotland tour from Edinburgh, we visit the imposing Stirling Castle, one of Scotland’s grandest medieval stone castles. Stop to view the impressive 14th century Doune Castle, a real highlight for fans of the Outlander series. Travel through the picturesque villages and countryside of the Trossachs National Park. Wander along the shores of the ” Bonnie” banks of Loch Lomond and enjoy a tour and a welcoming dram at Glengoyne Distillery.

Discover the rich history within the walls of the imposing Stirling Castle, one of Scotland’s most important structures both historically and architecturally. View the impressive Great Hall, built by James IV in 1501 to 1504, and the unmistakable grandeur of the Royal Palace. This was built around 1538 for James V and Mary of Guise, mother of Mary Queen of Scots, who was crowned at Stirling Castle in 1542.
Before leaving Stirling we visit the River Forth where Sir William Wallace, defeated the mighty English army at Stirling Bridge in 1297. Then drive the short distance to view the impressive National Wallace Monument. This was completed in 1869 to commemorate Scotland’s 13th-century hero.

Leaving Stirling, behind we travel along the scenic back roads. First we visit the impressive 14th-century Doune Castle, built for the Regent Albany, Scotland’s uncrowned King. In more recent times Doune Castle, has been used as a film location for ” Monty Python and the Holy Grail”.
It has also featured heavily in the popular romantic time travel series Outlander, where it doubles as Castle Leoch, home of Jamie’s uncle Colum Mackenzie and his clan.

We continue through the Trossachs National Park, passing picturesque country villages on the way before arriving at the “Bonnie” banks of Loch Lomond, Scotland’s largest inland fresh-water loch.
Here we spend time to take in the spectacular mountain vistas and the many small islands ( knowing as inch’s) located on the loch, around 39 in total. As we stroll along the loch shores you will learn the true meaning of the romantic highland song ” you take the high road and I’ll take the low road”. The song is the tragic story of the highland Jacobite, who would never meet his loved one again on the “Bonnie Bonnie Banks” of Loch Lomond.

Leaving the shores of Loch Lomond behind. We make the short 30 minutes drive to the picture-postcard whiskey distillery at Glengoyne, where you can experience an in-depth tour and a welcoming dram of Glengoyne’s 12 yr old single malt. After your tour we make our way back to your accommodation and sadly say our farewells.

Highlights of this day tour from Edinburgh include-

View our other Day Tours from Edinburgh