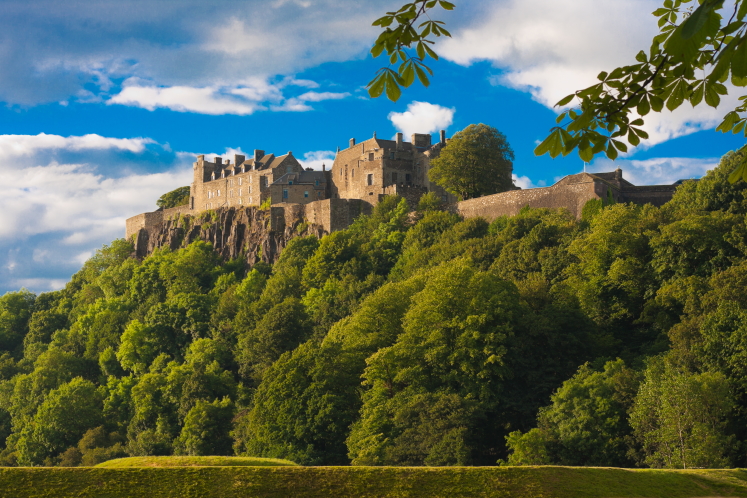 Take a step back in time and discover romantic castles, myths and legends that inspired Diana Gabaldon’s Outlander books and the captivating TV series that followed.

Our Edinburgh shore excursion tours will enthral and delight fans of the time travelling star-crossed lovers Jamie and Clair. We will visit key locations featured in the series reliving their moments of joy and despair and explore the real history and beautiful scenery which inspired it. Even those not familiar with the saga will appreciate the stunning landscape and enjoy exploring hidden castles, ancient towns and unspoilt villages. Our friendly and knowledgeable guides will ensure a memorable experience for everyone.

A must for any Outlander fan and a great day out for those less familiar with the hit TV series.

Starting from the port we will transport you to some of the key locations in the series. Highlights include a photo stop at the impressive stately home, Hopetoun House, ‘Home’ of the Duke of Sandringham. And Midhope Castle, a 16th-century tower house featured as Lallybroch, Jamie’s family home. (please note: due to filming restrictions this is not always available to visit)

Moving on we visit Blackness Castle, the fictional location of Fort William, “Black Jack” Randell’s headquarters. Journeying on we make a photo stop at Linlithgow Palace, where Jamie met his fate at Wentworth Prison, before heading to Doune Castle, portrayed as Castle Leoch, the fictional seat of Clan MacKenzie. Continuing with our Outlander, theme we make our way to the picturesque village of Culross, which poses as Cransmuir in the series before making our way back to port.

Note – Your tour will also include a photo stop at the magnificent Stirling Castle, childhood home of Mary Queen of Scots and one of the largest and most important castles in Scotland.