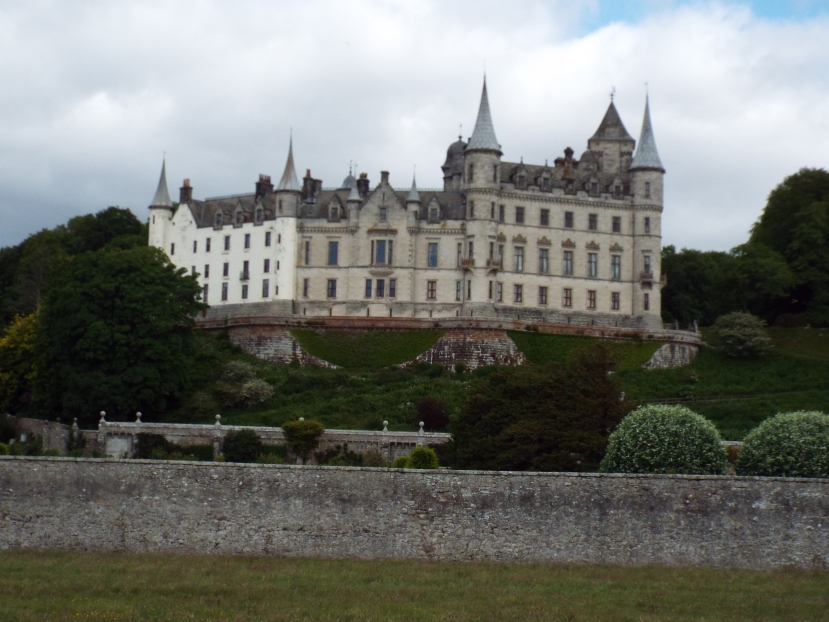 Scottish Castles – the hidden gems of the Highlands & Inverness-shire

We continue on our journey to discover some of the finest castles in Scotland.

The Highlands of Scotland are steeped in history. Let us take you to some the finest castles in Scotland. You will step back in time as we visit some of the oldest castles in our hidden gems tours.

The earliest known part of the present castle dates from 1269 and is known as Comyn’s Tower. The original tower had an extension added to it by the 3rd Earl in 1530 to form a Great Hall (the present Dining Room) over a series of vaulted chambers below.
Over 19 generations, the Stewarts and Murrays of Atholl have backed winners and losers, fallen in and out of political favour, won battles and lost them. They have almost all, in one way or another, left their mark on Blair Castle.

The story of Blair Castle will take you from Mary, Queen of Scots to the Civil War. From the Act of Union to the Jacobite cause and the disaster of Culloden. From the Isle of Man to Queen Victoria’s love affair with the Scottish Highlands and her presentation of colours to the Atholl Highlanders.

Castle Menzies is a spectacular sixteenth century Scottish castle, restored during the twentieth century by the Menzies Clan Society. Architecturally fascinating, it is a splendid Renaissance example of the transition in Scottish castles from earlier rugged Highland fortresses to later mansion houses.

The Castle was the seat of the Chiefs of Clan Menzies for over 500 years. Situated in a strategic location, it was involved in much of the turbulent history of the Highlands. During the second Jacobite rising the Castle first hosted both Bonnie Prince Charlie, who rested on his way to Culloden in 1746 and then, just four days later, the Duke of Cumberland, son of the British Monarch and commander of the Government forces.

Cawdor Castle dates from the late 14th century, built as a private fortress by the Thanes of Cawdor. An ancient medieval tower built around the legendary holly tree.
It is still home to the Cawdor family to this day. The castle is lovingly filled with beautiful furniture, fine portraits, intriguing objects and amazing tapestries the Castle.

We believe Cawdor Castle is a truly extraordinary place. Whether you are exploring one of the three gardens, adventuring in Cawdor Big Wood or putting on our nine-hole golf course, we hope Cawdor Castle will fill you with happy memories.

Dunrobin Castle is the most northerly of Scotland’s great houses and the largest in the Northern Highlands with 189 rooms. It is also one of Britain’s oldest continuously inhabited houses dating back to the early 1300s. It was once home to the Earls and later, the Dukes of Sutherland.
Dunrobin Castle is located on the east coast of the Northern Highlands. It overlooks the Moray Firth, just north of the villages of Golspie and Dornoch.

Acres of gentle Moray countryside surround the rose-coloured Brodie Castle, ancestral home of the Brodie clan for over 400 years, although their family seat has been here since the 12th century.
See how changing times altered the castle’s shape and purpose. The impenetrable 16th-century guard chamber is flanked on one side by a cosy 17th-century wing and on the other by a sprawling Victorian extension.