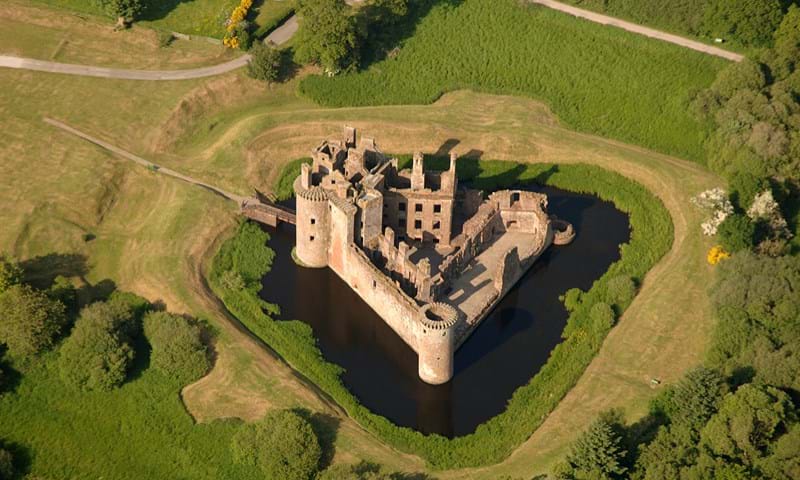 Scottish Castles – the hidden gems of the Borders

Scottish Castles – the hidden gems of the Borders

When people think of Scottish castles, Edinburgh and Stirling are first to mind. However, there are many, many more to discover. Below is a small selection of Scottish Borders Castles that are a ‘must see’

Floors Castle is the largest inhabited castle in Scotland and family home of the 11th Duke of Roxburghe. It was built for the 1st Duke of Roxburghe in 1721. What you see is an evolving story of a house and gardens with impressions left by succeeding generations
From the spectacular Victorian Walled Garden with glasshouses, herbaceous borders and a formal Millennium Garden, to woodland and riverside walks, there is so much to discover.

A magnificent 16th-century castle set in a quiet meadow landscape on the outskirts of Lauder in the Scottish Borders.
The historic seat of the Earls and Duke of Lauderdale, Thirlestane is one of the oldest and finest inhabited castles in Scotland. Since 1590 it has been home for the Maitlands.

Climb to the battlements of the last of the grand medieval castles and marvel at its scale. Set high on a cliff edge and featuring a massive red sandstone curtain wall, Tantallon Castle was home to the Red Douglas dynasty.
View the artifacts and imagine the clashes with the Crown that left their mark on this family seat. The mighty stronghold was finally abandoned after more than 300 years, when it was besieged for a third time – by Oliver Cromwell’s army.

This magnificent fortress–residence served three successive noble families over 400 years. It was badly damaged in Cromwell’s 1650 siege but Dirleton’s fortunes were revived by its new owners in the 1660s.
The Nisbet family built a new mansion house nearby to live in and made the picturesque castle ruins the central feature in their new designed landscape. They also breathed new life into the splendid gardens, now home to the world’s longest herbaceous border.

Visit a place that inspired Sir Walter Scott. Ancestors of the great romantic novelist had called the tower home. Scott learned the power of border ballads as a young infant living on the estate.
Take in the completeness of the 15th-century laird’s residence – the four-storey tower house remains roofed and floored. See the foundations of the outer hall and kitchen next to the tower.

A wide moat, twin-towered gatehouse and lofty battlements make Caerlaverock the epitome of the medieval stronghold. Learn all about its turbulent history as a castle caught up in border conflicts.
It’s fairytale appearance means the castle is also a popular filming location. Caerlaverock features in The Decoy Bride, a romantic comedy starring David Tennant and Kelly Macdonald.